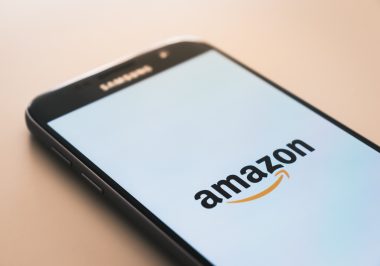 The revelations have been accumulating over the past weeks: the corporation led by the richest person in the world is spying on some of the lowest-paid workers in the EU.

Amazon has been caught snooping on the private Facebook groups of its EU-based delivery workers. It was subsequently revealed that it was also targeting email groups of its tech workers.

What’s more, Amazon is beefing up its espionage capacity.

Its recent job announcements for intelligence analysts with fluency in European languages sought experience in the “intelligence community, the military, law enforcement” aimed at neutralising the “labour organising threats”.

Since then, it has appointed the former commander of US Cyber Command to its board of directors, the very person who likely supervised the surveillance of German chancellor Angela Merkel.

All this in the past month.

That is why a coalition of European unions, uniting over 12 million workers, have now written to EU commissioners Nicolas Schmit (Jobs and Social Rights) and Thierry Breton (Internal Market), calling on the EU Commission to urgently open an investigation.

This will help shed light on the mounting allegations of abuse of workers’ privacy rights and freedom of association. While it is among the most rotten, Amazon is not the only bad apple. Corporations are increasingly using digital surveillance techniques to bust workers’ collective efforts to improve their conditions.

Illustrating this shift, civil rights group Public Citizen has exposed the existence of “mass surveillance by default at the workplace” and how at least 32 employers – including Amazon – are using Covid-19 health tracking technology to keep tags on at least 340,000 workers in the USA.

We are witnessing a ‘data-fication’ of the workplace as corporations automate potential candidate selection and interviews, monitor private communications, and track movements via wearables.

These practices lay the foundations for algorithmic management, which removes transparency, accountability and which has been shown to embed structural discriminations into everyday decision-making at the workplace level.

We believe Amazon and other corporations already abuse the data they control to surveil workers to identify ‘trouble makers’. The number and detail of the data sets that corporations create, access, and process is increasing exponentially.

For some of this data, including that which is collected in violation of people’s digital rights, corporations should not have access to it at all in the first place. For all of this data, workers and the public should have rights to ensure more transparency and accountability.

As exemplified by Amazon, data is power. Strengthening collective bargaining is essential to correct the growing power imbalance between workers and corporations that the unilateral control of data has created.

Ensuring that workers have the means to collectively bargain with corporations, including on data, on an equal footing would go a long way to addressing the injustices that the likes of Amazon are spearheading. It is essential to ensure that the prosperity gained from digitalisation is shared more broadly.

The use of facial recognition and other biometrics technologies within the workplace and beyond poses further threats to workers’ efforts to organise.

The UN Special Rapporteur on Freedom of Association and Assembly, Clément Voule, expressed in his 2019 report that “[t]he use of surveillance techniques for the indiscriminate and untargeted surveillance of those exercising their right to peaceful assembly and association, in both physical and digital spaces, should be prohibited”.

For data collected in these and other ways which violate people’s privacy rights, corporations (or any other actor for that matter) should not have access to it in the first place. While privacy rights exist, regulation needs to be strengthened to ensure that they apply in this new context, including in the workplace.

Through the GDPR, the EU has shown a commitment to tackling data that is collected in ways that violate people’s privacy rights.

The pan-European data protection NGO European Digital Rights (EDRi) has been campaigning for a strong ePrivacy Regulation to build on this and ban the use of facial recognition and biometrics used as mass surveillance.

The workers’ movement and digital rights groups are committed to working with the European Commission to implement these vital updates.