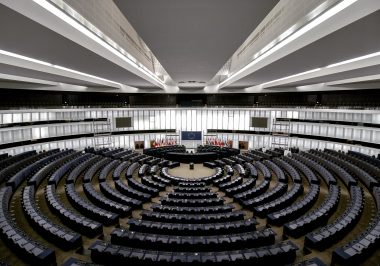 EU consumers will soon be able to defend their rights collectively

EU Parliament today endorsed a new law that will allow groups of consumers to join forces and launch collective action in the EU.

The new rules introduce a harmonised model for representative action in all member states that guarantees consumers are well protected against mass harm, while ensuring appropriate safeguards to avoid abusive lawsuits.

All member states must put in place at least one effective procedural mechanism that allows qualified entities (e.g. consumer organisations or public bodies) to bring lawsuits to court for the purpose of injunction (ceasing or prohibiting) or redress (compensation). This legislation aims to improve the functioning of the internal market by stopping illegal practices and facilitating access to justice for consumers.

More rights for consumers and safeguards for traders

The European class action model will allow only qualified entities, such as consumer organisations, to represent groups of consumers and bring lawsuits to court, instead of law firms.

The rules also introduce strong safeguards against abusive lawsuits by using the “loser pays principle”, which ensures that the defeated party pays the costs of the proceedings of the successful party.

To further prevent representative actions from being misused, punitive damages should be avoided. Qualified entities should also establish procedures to avoid conflict of interest and external influence, namely if they are funded by a third party.

Collective actions can be brought against traders if they have allegedly violated EU law in a broad range of areas such as data protection, travel and tourism, financial services, energy and telecommunication.

Finally, the directive also covers infringements that have stopped before the representative action is brought or concluded, since the practice might still need to be banned to prevent it from recurring.

The rapporteur Geoffroy Didier (EPP, FR) said: “With this new directive, we found a balance between more consumer protection and giving businesses the legal certainty that they need. At a time when Europe is being severely tested, the EU has demonstrated that it can deliver and adapt to new realities, better protect its citizens and offer them new concrete rights in response to globalisation and its excesses”.

The directive will enter into force 20 days following its publication in the Official Journal of the EU. Member states will then have 24 months to transpose the directive into their national laws, and an additional six months to apply it. The new rules will apply to representative actions brought on or after its date of application.

The Representative Action Directive, presented in April 2018 by the European Commission, was agreed by EP negotiators and EU ministers in June 2020. The bill, which is part of the New Deal for Consumers, comes as a response to a recent series of scandals related to breaches of consumers’ rights by multinational companies. In some member states, consumers can already launch collective action in courts, but now this option will be available in all EU countries.

Photo by Frederic Köberl on Unsplash