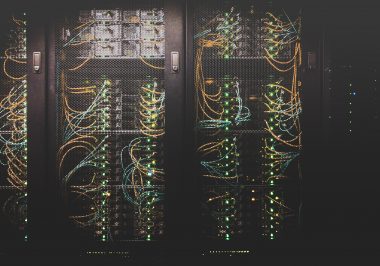 EU shoots for €10B ‘industrial cloud’ to rival US

A pan-European alliance for cloud technology will be set up by the end of the year to for purpose of achieving digital sovereignty.

BERLIN — The European Union aims to spend up to €10 billion over the next seven years to help build up a homegrown cloud computing sector that could rival foreign corporations such as Amazon, Google and Alibaba.

Twenty-five EU countries signed a joint declaration Thursday pledging public money to power up the cloud sector and establishing the “European Alliance on Industrial Data and Cloud,” a partnership geared toward facilitating such projects. The alliance — whose funding is to be drawn from existing EU programs and hoped-for pledges from industry and national capitals — will be launched by the end of the year. Cyprus and Denmark were the only EU member countries not to sign the declaration due to “technical reasons.”

The declaration “is a foundation stone for the establishment of European cloud technology, which will be very high performing,” said Internal Market Commissioner Thierry Breton, following a meeting of European telecoms ministers organized by the German government, which currently holds the EU’s rotating Council presidency.

“Contrary to the prejudices, we are not late [on cloud development]. We are the first to get involved in the industrial cloud,” he added.

“EU governments and the public sector need to be fully committed to the initiative by fully shifting to cloud services” — Lise Fuhr, ETNO’s director general.

The cloud alliance is a key part of the European Commission’s data strategy, which aims to create a single market for industrial data. Commissioner Breton in particular has lobbied hard to make the EU a worldwide data hub, and to develop data processing capabilities that would give Europe an edge over foreign rivals that currently dominate the cloud business.

It also fits in with broader efforts by European policymakers to make the Continent less dependent on foreign technology. Currently, U.S. technology firms dominate the global market for cloud storage.

In the same vein, the bloc is set to unveil by December a rulebook for platforms dubbed the “Digital Services Act,” as well as binding laws for artificial intelligence that are set to be released early next year.

The new alliance will have the mandate to develop business, investment and implementation plans for European cloud technologies in the public and private sectors.

“This is an area where we’re far from being equals,” he added.

Money, money, money
The Commission’s plan is to invest up to €10 billion to develop Europe’s cloud and data infrastructures.

The EU’s executive arm would invest €2 billion from programs in its long-term budget such as the Digital Europe Programme, Connecting Europe Facility 2 and InvestEU.

The rest of the money will come from both industry and member countries. National governments will be able to fund these projects through the EU’s coronavirus recovery plan, which has earmarked 20 percent toward digital projects.

The companies must offer “adequate assurance” that the EU will maintain control over its strategic and sensitive data.

“While all cloud providers are welcome in European cloud federation, the resulting cloud capacities should not be subject to laws of foreign jurisdictions,” the declaration read.

One of the first initiatives to come out of Europe’s cloud push is Gaia-X, a much-hyped European effort spearheaded by Germany and France to build up a European platform that sets common standards for cloud technology. Gaia-X has limited the voting rights of non-European cloud computing companies, and they cannot become directors of the association.

“EU governments and the public sector need to be fully committed to the initiative by fully shifting to cloud services. We call for EU targets and commitments that reflect the demand side of the cloud investment story,” said Lise Fuhr, ETNO’s director general.

Tech lobby DigitalEurope was equally supportive, and announced it was applying for membership in Gaia-X.