Six Months With GDPR in Force. What Happened?

The GDPR, that came into force on the 25th of May, 2018, expanded the EU‘s data protection area coverage, introduced innovations that have an effect on organizations and individuals. Therefore, it was one of the most significant events for companies in the EU and outside the EU that process personal data of the EU citizens. Organizations were forced to review the priorities of processing activities, to introduce new approaches and to develop a culture of personal data processing by minimizing collected data amounts, defining purpose and grounds for processing data, fulfilling the rights of data subjects, etc.

The survey on GDPR compliance

The TechRadar – the online publication focused on technology, recently held a survey with 103 major companies operating in Europe from different industries including retail, media, technology, public sector, finance, and travel. Results showed that even though companies are aware of requirements and now had six months to meet the new standards, many businesses are still struggling to cope with GDPR. It was mentioned in the summary of the survey, that a large proportion is lacking the proper methods of storage, organization, or retrieval of data in line with the regulations’ requirements. And the compliance level seems to be much lower than expected. The most difficult requirements to meet – the new rights of the data subject, such as the right to access and right to data portability.

GDPR concerns not only companies within the EU, but also the ones outside the EU that process personal data of the EU citizens.  And, according to the TechRadar, only 35% of Europe-based companies agreed to provide the data for a survey. This includes companies headquartered in the UK, France, Germany, Spain, Sweden, and Italy. However, only 50% of companies that provided data, showed the compliance rate slightly higher for non-European companies. Thus, businesses outside of EU seems to take a more proactive approach to GDPR.

Some industries are more GDPR compliant than others. The TechRadar shared the concerns, that over 76% of companies in the retail industry didn’t even participate in the survey. Financial service providers, on the other hand, were the most active, even though only half of the industry provided the response.

The main cause for GDPR data breaches

According to the ICO, the vast majority of breaches were caused by „human error“. The incompetence or mistakes resulted in 88% of the reported breaches (confidential data emailed to the incorrect recipient, loss or theft of paperwork, data left in an insecure location and others). Only 22%  were seen as being related to a malicious activity.

Here are some of well known GDPR data breaches

During 2018, over 6671 consultations were provided. That is 15% more, compared to the number in 2017. The main focus was at such matters as the legality of data processing, innovations brought by GDPR, the expertise of the local data protection authority. Also, video surveillance under the GDPR, the appointment of a DPO, implementation of human rights, direct marketing, and personal data breaches. So far, the Lithuanian Data Protection Authority has not imposed any fines under the GDPR. However, after 19 inspections done during the period from the 25th of May, there were 18 cases when personal data was mishandled.

It is clear by the number of complaints received, that direct marketing is one of the most pressing issues that data subjects meet. During the half of year of GDPR, local data protection authority received 443 such complaints, which is almost the same as in whole 2017 (480). Despite direct marketing, people are actively complaining about data collected and used by debt collectors, the service providers sector and state registries. Also, possible breaches on special categories of personal data, personal identification codes, the legality of processing image data.

After GDPR came into force, data security breaches have become critical to both, public and private sectors. Data security breaches were reported 80 times from the 25th of May (in 2017 – only 7 data breach cases). The main causes – unlawful data disclosure, loss, theft, and plagiarism” 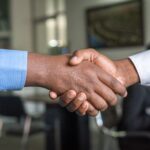 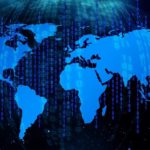 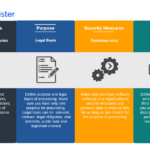 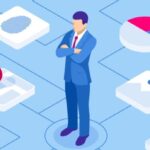 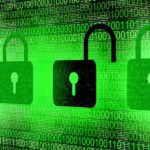 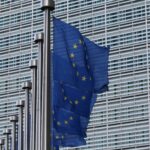 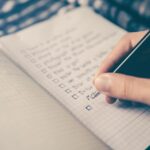 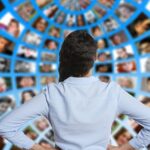 As we see every day, most companies and organisations still keep their Records of Processing Activities in spreadsheets. Through our...
PrevTerveydenhuoltoala ja GDPR
Kibernetinės atakos iš BDAR perspektyvos: RansomwareNext