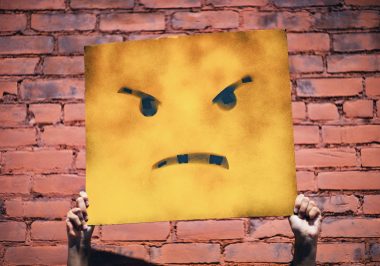 In an unprecedented move, the Privacy Campaigners at the Open Rights Group (ORG) have today announced that they are taking the UK’s privacy regulator, the Information Commissioner’s Office (ICO) to court over the regulator’s failure to stop unlawful practices by the Digital Advertising Technology (AdTech) industry.

A complaint was made in September 2018 by Jim Killock and Dr Michael Veale to the ICO about the systemic breaches of the GDPR by the AdTech industry, focusing on the role of the IAB (Interactive Advertising Bureau), a trade industry body as the rule setter.

The ICO’s investigation which was concluded in June 2019 found the AdTech industry to be in breach of the GDPR with widespread and systemic problems with industry practices such as collecting and sharing people’s browsing history without any control over who ends up accessing such personal information.

However, despite founding unlawful practices, the ICO decided to close the investigation in September 2020 without taking any substantive action. The ICO had also ‘paused’ enforcement during the first COVID lockdown.

The co-complainants (Jim Killock and Dr Michael Veale) are now taking the regulator to court over its refusal to take substantive action against what their own investigation concluded were very serious and extensive unlawful practices.

Jim Killock, Executive Director of the Open Rights Group and one of the two complainants, said:

“The AdTech industry has driven a coach and horses through the GDPR and the ICO’s own investigation has highlighted widespread systemic abuses in the AdTech industry practices. But instead of taking action against, it has decided to close the investigation. We are determined to ensure that the law is enforced even when the regulator can’t be bothered to protect our rights and liberties.”

Dr Michael Veale, an academic at the University College London (UCL) who sits on the Advisory Council of the Open Rights Group and is a co-complainant against the AdTech industry to the ICO, said:

“The ICO is expected to protect individuals against complex misuses of their sensitive data by entire industries acting outside the law, not just the simple, low-hanging fruit it can easily enforce against. This lawsuit is about stopping the ICO sweeping the most difficult cases under the carpet. Adtech isn’t simple — but dealing with illegal adtech is the ICO’s job.”

Ravi Naik, Legal Director of the data rights agency AWO who is instructed to act on behalf of the complainants, said:

“Our clients seek no more than the protection of our rights. Why the Commissioner is refusing to act to protect us all is a matter they will have to justify to the Tribunal.”

Photo by Andre Hunter on Unsplash